I read the Mail Online because it is free and some articles, such as those about historical curiosities and sales of grand properties, are quite interesting and tend not to be found so much in other more “bien pensant” online news sources.

I also occasionally comment on articles when this is allowed, and generally receive a few upvotes:

But a comment I left on an article today has proved to be quite controversial, with downvotes clocking up and up. Or should that be down and down?

Perhaps my provocative tone didn’t help. But no doubt Daily Mail commenters are used to that, and it’s all part of the knockabout fun.

Here is the relevant comment sub-thread (I live in Devon now, not London.)

It would be smug and arrogant for me to claim, or even think, it was 100% certain I was right in believing global warming is happening, despite this being by far the scientific consensus. But even so, my immediate reaction to all those downvotes and the replies was “You can’t fix stupid”!

Some people like to proclaim contrarian opinions, to try and make themselves sound sophisticated and serious thinkers (whereas in truth most hardly think at all, and are just parroting opinions they have heard from others).

Usually these days this takes the form of challenging or dissing religion in various infantile ways, such as asking “Why does God allow bad things to happen?” or declaring that religion is the cause of all the World’s evils.

Another popular form of “conventional dissent” is to deny various scientific findings, especially because by the nature of science these are always provisional in principle, and there are often unknowns and uncertainties and various views even among experts, and to be fair even the consensus does sometimes change as more evidence comes to light.

But, paradoxically, the near uniformity of down votes for my post may make one or two Mail Online readers wonder if they are not being slightly too conventional and predictable, and therefore boring, in their vaunted skepticism of global warming.

Perhaps they may then conclude that the truly novel and challenging view for a Mail reader is that there may be something in these global warming scares after all. But, for most of the skeptics, to expect a Damascene conversion like that is a forlorn hope: As I said, you can’t fix stupid. 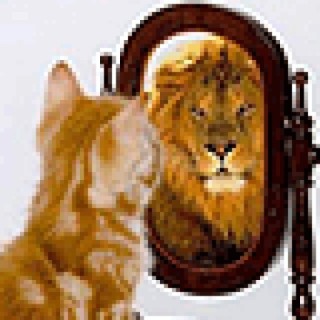